Asking prices in July rose to another all-time-high 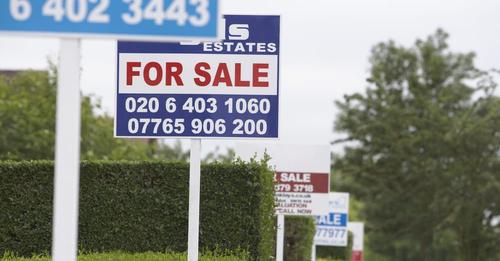 Asking prices in July rose to another all-time-high of £338,447 after increasing for the fourth month in a row and swelling by more than £20,000 in the last six months.

To stabilise price growth, Rightmove forecasts an extra 225,000 homes available to buy would be needed as the number of sales each month continue to outstrip the volume of new stock coming to market.

Sales volumes for the six months to June are on course to be around 800,000 when HMRC releases its data later this week. If predictions are correct, six month sales would beat the previous record of 795,000 set in 2007.

Rightmove’s latest house price review revealed that in the first half of the year 140,000 more sales were agreed and 85,000 fewer new homes were listed for sale than the portal’s long-term average.

The surge in buying activity has a left a 225,000 shortfall in homes for sale which if available, says Rightmove, would redress the demand and supply imbalance.

Tim Bannister, Rightmove’s director of property data, said: “We predict that the number of completed sales will be the highest ever seen in a single month when June’s data is released by HMRC later this week.

“This means it’s likely that the first half of 2021 has seen a record number of moves when compared with the first six months of any other year, induced by the pandemic’s side-effect of a new focus on what one’s home needs to provide.”

Homes with four beds and more are facing the biggest imbalance after a 39 per cent surge in sales and a 15 per cent fall in numbers coming to market compared to 2019. This has led to an average price hike of 6.7 per cent in the last six months.

Meanwhile the mass-market three bed sector has witnessed a 28 per cent jump in sales while suffering a 10 per cent drop in new supply. Prices have jumped by 6.9 per cent so far this year.

The first-time buyer end of the market has been the least affected with new sellers of homes with two beds or less unchanged and purchases up by 26 per cent, resulting in a 3.4 per cent price jump for the first half of the year.

“First-time buyers are currently benefitting from their sector having the most buyer-friendly conditions,” Bannister added. “Choice is still more limited when compared to the same period in 2019, but price rises are the most subdued of any sector. Saving a deposit is still very hard, but five per cent is now an option, and with many paying rising rents, buying your own home on a lower deposit is becoming an opportunity again.”